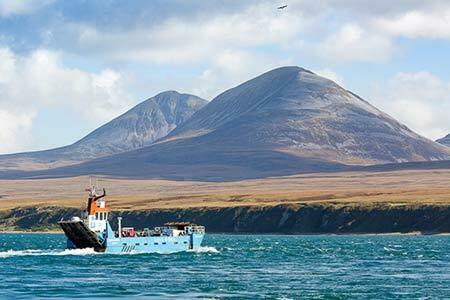 A report in a recent Sunday Mail announced that a second Jura distillery has been proposed – with some high powered connections. Viscount Astor, David Cameron’s father-in-law, has applied to trademark Astor Whisky as well as Glenbatrick and and Corran River whiskies. Informal talks have taken place with Jura Community Council and a formal planning application to Argyll & Bute Council is expected soon.

Donald Darroch, Jura Community Council Convener, was reported in the Sunday Mail, as saying that a new distillery had been discussed but only informally. “It would be another stable source of employment. Estate/farming is on the downturn so any other type of stable employment is going to be very welcome,” he is reported to have said.

Applications have been made to the Intellectual Property Office in the names of “Viscount Astor, The Hon William Astor, partner of the Tarbert Estate Partnership” and his son, James, who is also a partner. They have asked for use of Astor Whisky, and Glenbatrick Whisky and Corran River Whisky, which are both bays on the west coast of the island.

According to the report earlier this year they also applied to register the name, The Jura Jerky Company for “meat, venison and beef with all being preserved, dried, cooked, cured, smoked, chilled and frozen”. Apparently no location has been identified for the distillery, which could employ around twelve people. More news hopefully soon!